The Modern Gold Rush and the Death of Fiscal Conservatism 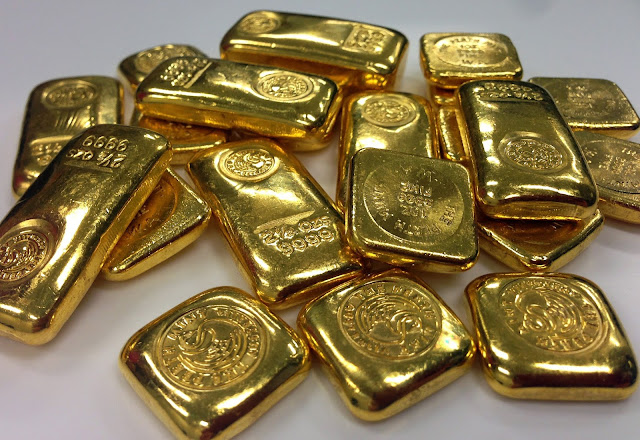 Historically, gold has almost always performed very well during times of recession. As the novel Coronavirus sweeped across the world, leaving scorched economies in the wake, many were surprised at the enormous sell-off that paper gold prices initially saw. Both paper and physical gold prices have been climbing since, slowly and steadily marking the beginning of the Modern Gold Rush.

I am not in the interest of debating the source of the Coronavirus, be it a lab in Wuhan, consumption of bats, or as some conspiracy theorists are starting to believe, 5G cellular waves. I am much more interested in discussing what the repercussions are, how long this crisis will last, and where money can be made from it.

One of the most frustrating things about the Coronavirus' impact on the economy is that no one knows quite what to believe right now. It would seem that Corona has people stuck at home with nothing better to do than dabble in Wall Street, as markets have seen record volumes in recent weeks. As a result, a set of bandwagon stocks is clearly forming. Netflix, Zoom, NVIDIA, and Snapchat have all risen, back at or near the all-time highs that mid-February brought. Given the current economic climate, these stocks likely seemed to be easy buys, but now the concern is whether they're overvalued.

Let's take Zoom Video Communications, for example. Zoom has more than doubled in the past three months, from a price of $70 per share, to $150 as of today. That brings its market cap up to $40 billion. No doubt Zoom has been helpful while we stumble through the fog, but no one really likes Zoom. No one is passionate about Zoom. The servers are undoubtedly overloaded, the features are dated and quirky, and the experience lacks overall. Yet, the company has doubled, adding an additional $20 billion to its market cap. This bandwagon phenomenon is causing worthwhile stocks to become undervalued, and trendy stocks to become bloated. As my dad always says, "The thing markets hate most is uncertainty."

Lo, there is hope. Prior to the recent oil price crisis, in which "liquid gold" has become a liability, may I present my favorite alternative commodity to liquid gold; I call it: "solid gold!" Rubbing in the faces of Bitcoin perma-bulls on Twitter, physical gold, paper gold, and gold ETFs have performed steadily throughout the uncertainty, climbing closer to the all-time highs that gold prices hit during the financial crisis of 2007-08.

In addition, and as no hindrance whatsoever to the modern gold rush, many countries are favoring government interference and forms of modern-socialism. All political affiliations aside, my main concern is the effect this may/will have on fiat currencies. In the past two months alone, the United States has funded close to $12 trillion in progressive monetary policies, including a whopping $41 billion per day in quantitative easing for nearly a month, as well as money printing and various other stimulus efforts. Many have tried to accurately represent how much $12 trillion is, but our brains aren't really wired to think in numbers of this magnitude, so let me try to visualize it.

The United States is not the only country funding massive stimulus efforts. Japan, Australia, Spain, and numerous other countries are funding similarly enormous programs. To what end? The potential destruction of currency. Any currency not tied to some physical bound will find themselves in deep trouble, if circumstances persist. Interestingly, many of the arguments that Bitcoin's opponents use can also be applied to fiat currency: It doesn't really mean anything.

Many gold stocks and ETFs are still somewhat decoupled from the actual market price of gold. In a quick glance at the online vendors I frequent, I could not find a single one selling an ounce of gold for less than $1,800, yet the closing commodity price of gold as of today was around $1,715. This has been the case for most of 2020. Silver is even worse, with stock/ETF prices at a measly $14, where most vendors will not sell an ounce of silver for less than $20. Despite this, I am not as confident in the potential of silver prices during this crisis as I am in gold's.

There is still a fair amount of money to be made in gold, especially if this crisis continues. As a society, we tend to bounce back and forth in terms of optimism. Some days, we seem fairly confident that we will be close to normal by the summer. Other days, it seems to be general consensus that we will not be able to truly combat this virus for at least a year, depending on the success of a potential vaccine.

Market uncertainty is at a peak right now. Dozens of gurus are trying to grab everyone's attention, telling retail investors to buy this and that. Ironically, many of the trendy bandwagon stocks become overvalued quickly after mainstream media begins to cover them. Gold has been in the background for most of this time, despite nearing all-time high prices. Silently, in the shadows of panic and uncertainty, the stalwart investors are preparing themselves at the foot of the Modern Gold Rush.

This article is for informational purposes only. You should not construe any such information or other material as an investment, financial, or other advice. Nothing contained in this article constitutes a solicitation, recommendation, endorsement, or offer by Christopher Larson, cklarson.com, or any third party service provider to buy or sell any securities or other financial instruments in this or in any other jurisdiction in which such solicitation or offer would be unlawful under the securities laws of such jurisdiction. Christopher Larson has a vested financial interest in physical gold, physical silver, and the SPDR Gold Trust ($SPY), and currently (at the time of this article's publishing) holds options in the SPDR Gold Trust.