By Christopher - October 24, 2019
Tesla's Q3 Earnings Report blew the roof off. Analysts expected a loss of $0.42 per share, but were slapped in the face with a profit of $1.86 per share yesterday afternoon. As a result, stock soared nearly 20%, topping at $308 per share, then evened off today just short of $300 during market hours. This is a huge spike from yesterday's open of $251. 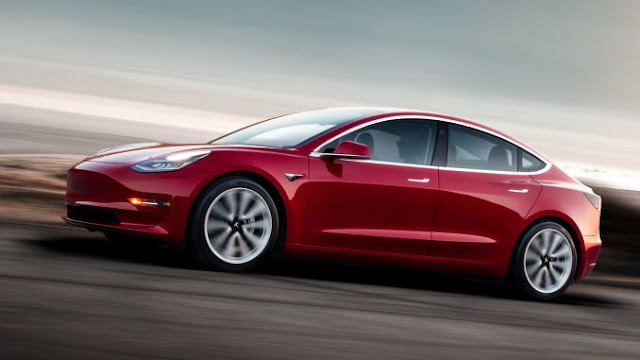 Many of the obstacles that once plagued Tesla and much of the negative fodder for media conglomerates has proved irrelevant; Tesla reported making huge strides in nearly all the areas that skeptics claim will prove Tesla's demise. Part of the success, Elon Musk attributes to the accelerated timeline of Gigafactory III Shanghai. Elon said that he has never heard of a factory of this scale being built so quickly. Gigafactory III construction started 7 January 2019 and was seen producing cars as early as September and October. Elon said that the speed of Gigafactory III's opening "...allow[ed] for the pulling in of the timeline for other projects."

One of these projects being accelerated is Model Y production. The Model Y, Tesla's take on a crossover, was originally to be available in Fall 2020, and many speculated that Tesla wouldn't make that deadline anyway. To everyone's delight, Elon announced during yesterday's earnings call that the Model Y would be ready in or before Summer 2020.

With the announcement of Model Y, Elon addressed a question many investors were wondering. "Do you see Model Y sales cannibalizing Model 3 or Model S?" Much to my surprise, Elon and Tesla CFO Zach Kirkhorn said that not only did they not anticipate cannibalization, they expect that the announcement and expedition of Model Y would boost Model 3 and Model S sales. Elon said that investors asked the same question when Model 3 was announced, but as Model 3 production and sales ramped up, so did sales of Model S. Elon believes Model Y is going to be a huge success, and that it will achieve this without negatively affecting the other models. Elon went so far as to say, "...This is just my opinion, but I think [Model Y] will outsell [Model] S, [Model] X, and [Model] 3 combined."

News was not all good, however. Elon and Kirkhorn spoke ominously of the future of the Model X. Elon spoke almost negatively of the full-size SUV, claiming that it's price tag, unusual gull wing doors, and extremely niche consumer base make the car a strange luxury. He claimed that a big factor in its continued production are sentimental reasons. Tesla sounds nonchalant about the future of the Model X. It is certainly one of the most unique cars on the market, but Tesla will have to wait and see how the coming quarters and years play out before deciding whether to keep the obnoxiously cool SUV.

One can tell just from Elon's words and mannerisms how much he loves Tesla and its products. On the earnings call, Tesla executives spoke brightly about the continued release of updates and features even for older models. Among the new features were Caraoke (Car + Karaoke), Self Summon, numerous Driving Assist updates, and Joe Mode, a setting which, when enabled, limits the amount of noise heard inside the car so as to not bother sleeping children. Elon also claims he expects the completion of Full Self Driving by the end of this year. This is no doubt a highly ambitious goal, but Elon and Tesla have gained much credibility in their goal setting abilities in recent months.

And in closing, here are some final bullet points, some key notes from the call.